Man, oh, man! Every time we go out birding I learn something new!

I learned to take photos of EVERYTHING because what looks like a sparrow in the shadows might actually be your first Kestrel sighting. 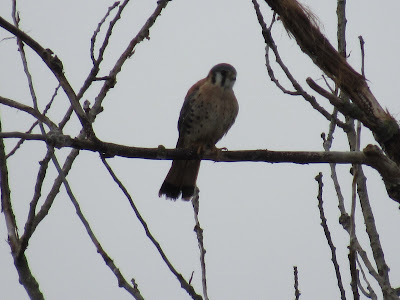 I never realized how small Kestrels were until I saw one!

And, once again, I learned to take photos of anything and everything that catches your eye because when you get home and look at them on the computer you might find some shorebirds mixed in with a flock of cormorants that you didn't spot with the naked eye... 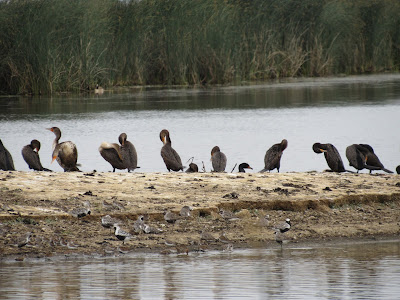 Or a pair of birds in a tree when you were taking a photo of just the one.


When I took this photo I had no idea there was a pair of doves in this tree until I got home... (I should have known. They are almost always in pairs!) 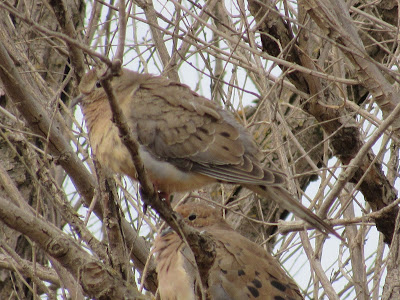 And I had no idea there was a male Robin with this female. They were moving around so much in the tree and I was just trying to get a photo so I could identify later what turned out to be a female robin... 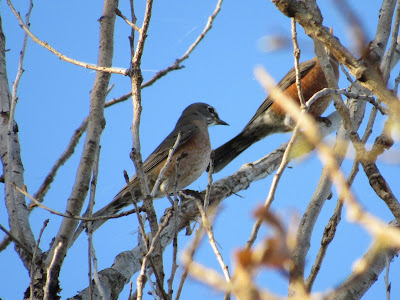 So, as I wrap up my Big Year, I decided to post some things to keep in mind for my future birding adventures.

Things I Learned during my Big Year 2016:

1. Differences between adult and juvenile birds
Sometimes there is a HUGE difference between juvenile and immature birds and what they will look like when they become an adult. Part of why I had such a difficult time identifying new birds was because I didn't realize this in the beginning of my Big Year.

Here is an example: 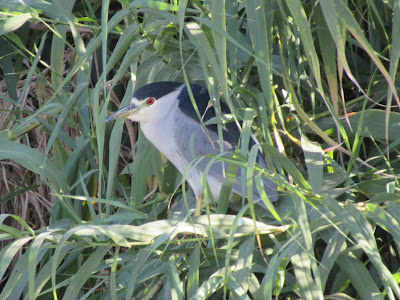 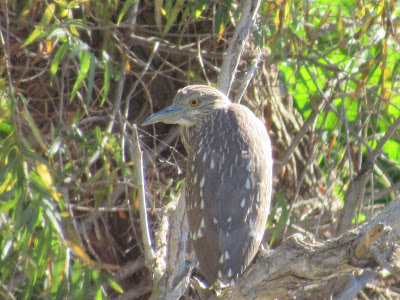 These Black-crowned Night Herons are like night and day!

There are also different "morphs" and "forms" and I read that even experts have a difficult time differentiating between hawks. (That little tidbit makes this amateur feel so much better!)

2. You don't have to go far off the beaten path to find birds
Some of our most unexpected (and delightful) bird sightings were from the side of the road. And even in the parking lot.

I love how you can drive down a country road and BOOM there's a Kingfisher on a telephone wire right above your car! 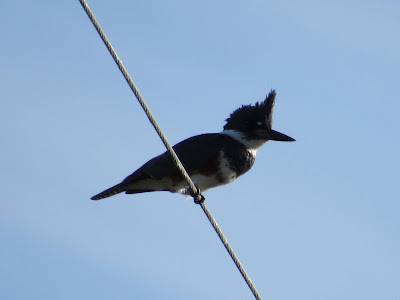 Or a hawk (airing out his wings?) on a High Voltage sign: 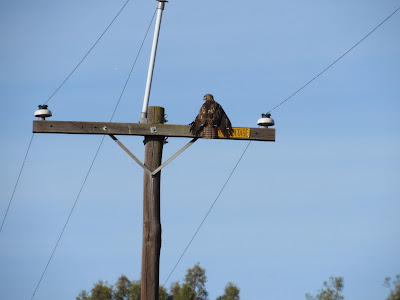 3. Mating season plumage can be WAY different from winter plumage

And sometimes it's a subtle change of coloring near the eye...
When I'm 80, standing out at the refuge with my binoculars and camera in hand, I still don't think I'll have learned everything there is to know about birds. And that's okay. It's fun to have a hobby that keeps you on your toes and keeps you guessing!

Newer Post Older Post Home
Subscribe to: Post Comments (Atom)
*All of my photos were taken before the coronavirus outbreak. I am now staying home and postponing my outdoor birding adventures to help prevent the spread/exposure of COVID-19.
Please be responsible and practice social distancing at all times and stay home whenever possible.