I have so many photos from our trip to the refuges in Northern California that I'm doubling up on blog posts!

And, boy, am I excited to share these photos! When we were at Llano Seco in the early morning on a beautiful cloudy day, we got to experience something magnificent. An eagle and several hawks were hunting and it was a real joy to watch them at work. 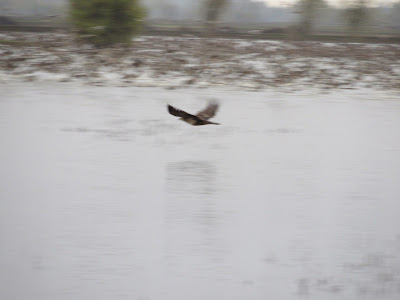 They had the ducks all stirred up and the sound the flock made when they all flew away at once sounded like an ocean wave. 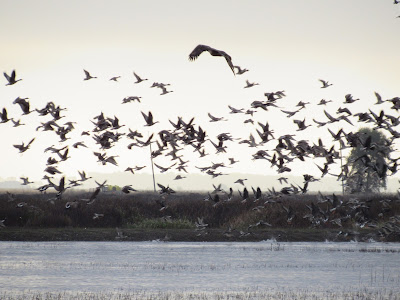 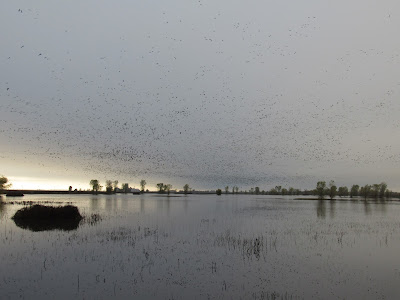 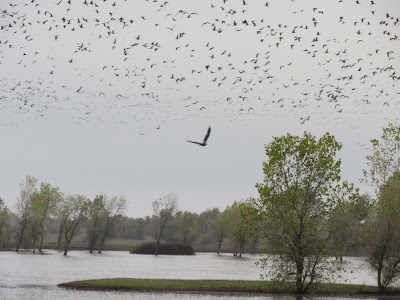 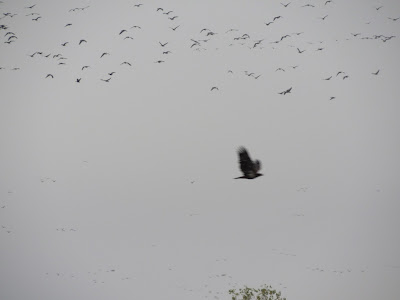 A little while later, a Bald Eagle joined in and had the ducks in a frenzy... 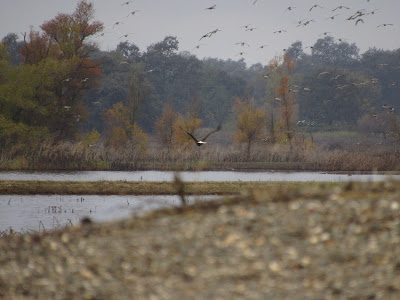 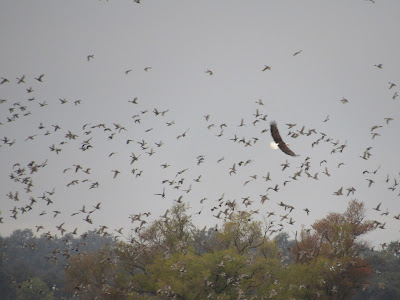 I've been working on getting better at taking photos of birds while they are in flight and this eagle made my day! 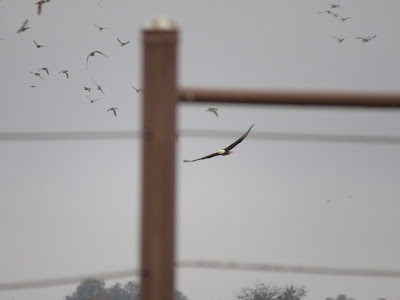 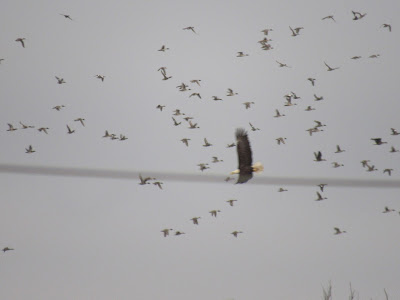 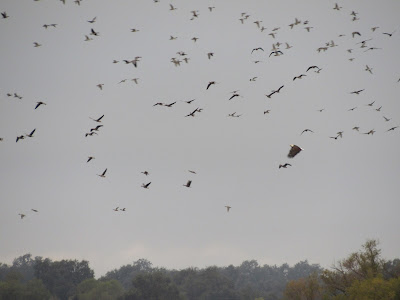 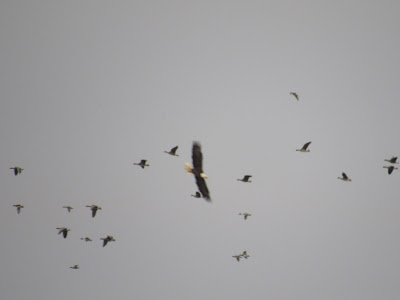 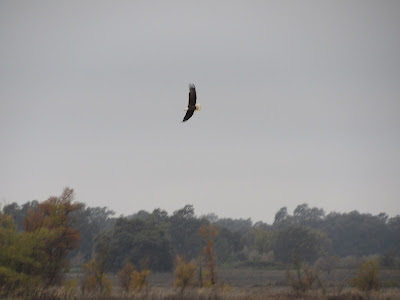 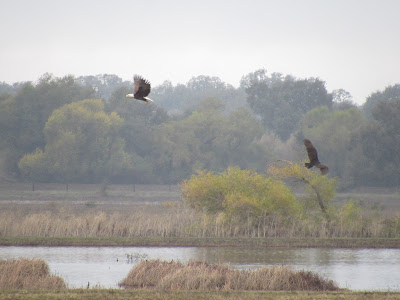 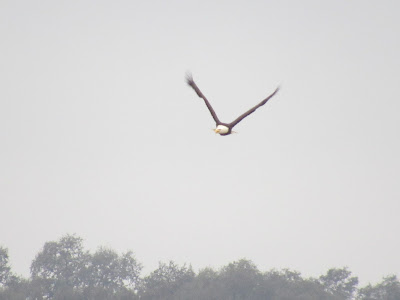 In the photo below, you can see a hawk below him to the left. The more the merrier! 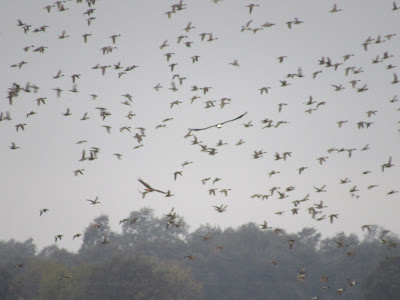 When the eagle needed a rest, he landed on a tree and took a breather. Later, when he was unsuccessful in his hunting, he flew away and the geese and ducks parted for him to fly through. 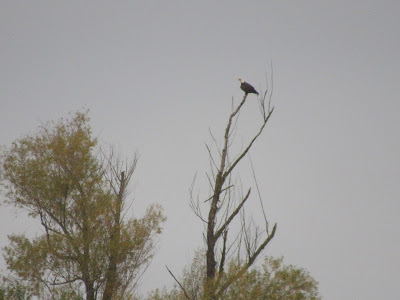