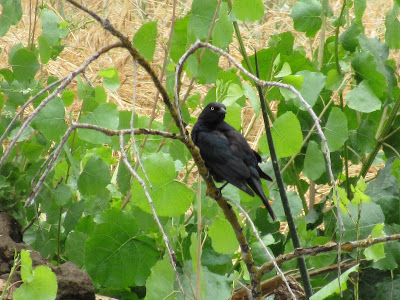 The great thing about birding is that you never know what you're going to see when you head out with your camera! Besides the common Brewer's Blackbird (above) which we see all the time, we spotted something special when we were at the Gray Lodge Wildlife Area. 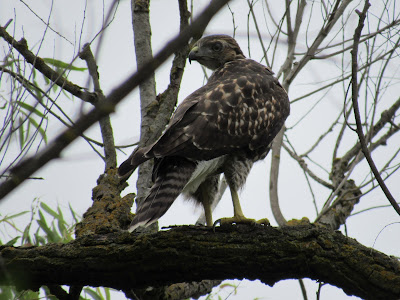 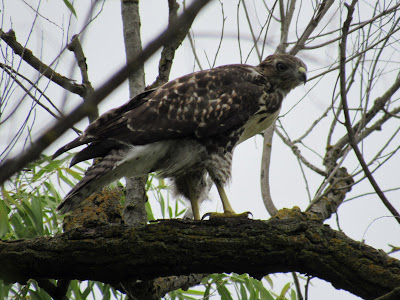 He was very skittish and didn't like the looks of our car as we were driving through the auto tour. 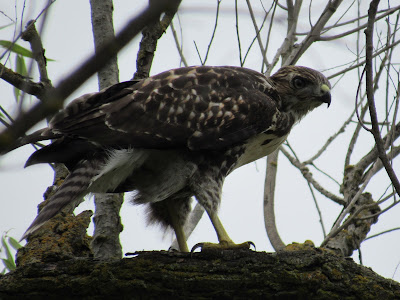 There he is on the left, next to a second one on the right! 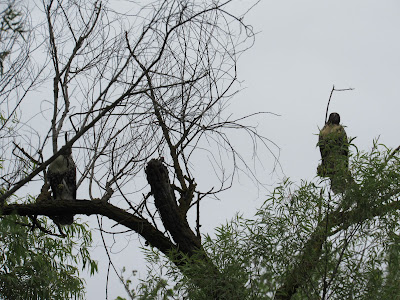 It was tough to get good pics from the angle they were at and the lighting wasn't the best.

At first, I thought it was his mother because he flew over to perch next to her, but now that I take a closer look at the photos, this just might be another juvenile. 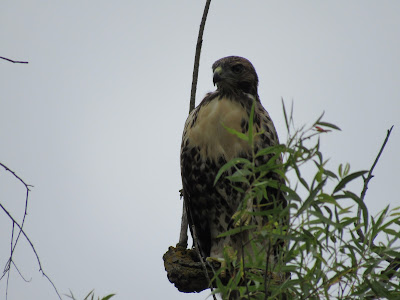 Red-tailed Hawks are one of the most complicated birds for us to identify because there are so many variations of them. 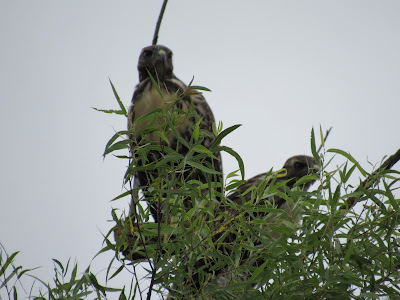 Either way, this pair was a sight to see!


Posted by Rachelle Vaughn at 6:00 AM