I have to say, our backyard birdbath does really well ensuring that we have return visitors. The other day when I posted excitedly about the Say's Phoebe we received a visit from, I had no idea he would return the next couple of days in a row! 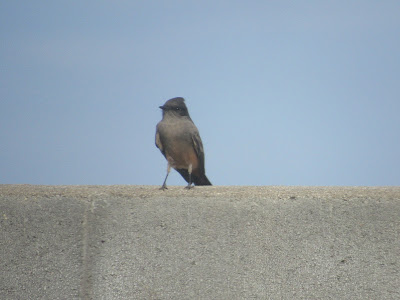 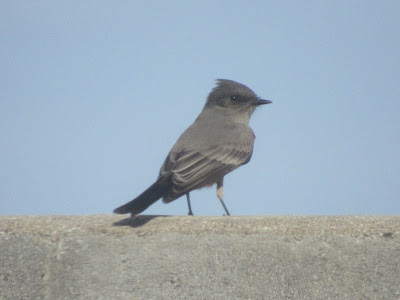 Although they're in the same family, the Black Phoebe is so much puffier than the Say's! I just love watching these cute little guys flying around catching bugs near the birdbath. 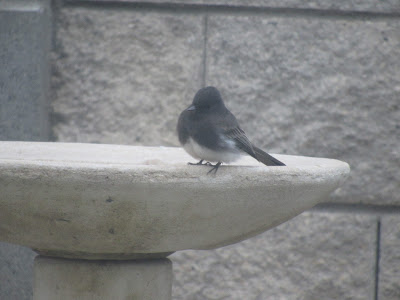 He's not a flycatcher, but here's a bonus Lincoln's Sparrow to complete today's post... 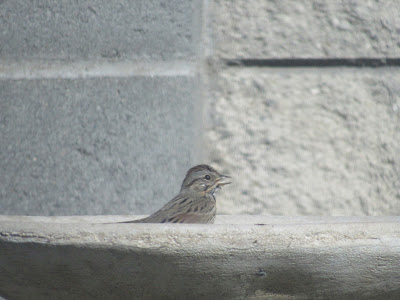 He obviously wasn't too happy about the latest heatwave, (hey, at least we provided him with some refreshing water!) but I 'm confident it's the last one of the season and that fall weather is finally on its way! 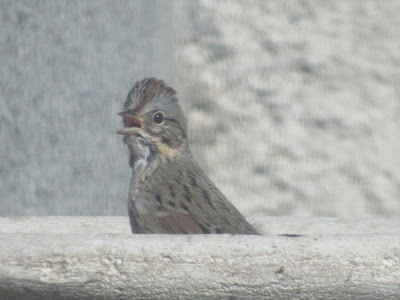