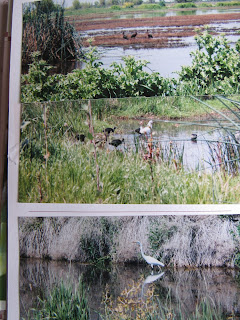 Today we went to "the bird place" again!! I didn't think it was possible, but we saw so many new things! I think we'll end up going about once every month or two to see all of the changing seasons. 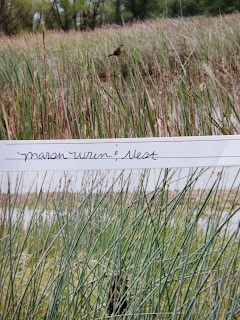 Most of the Marsh Wrens had made nests in the grasses. We saw lost of swallows flying overhead, but they were really hard to identify. We saw a Spotted Sandpiper and a male and female Cinnamon Teal. The Pie-billed Grebe kept diving underwater to hide from us. We also saw a HUGE crow-like bird with a white diamond on his chest. We couldn't figure out what it was, but it was mammoth! 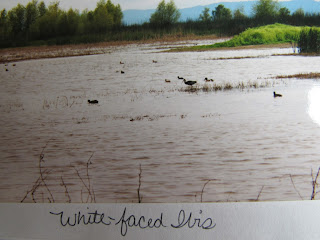 Gadwalls, Meadowlarks (they seemed a lot bigger out here!), Canada Goose, Brewer's Blackbirds were very blue with black heads, American Avocet. The Ring-necked Duck had yellow eyes and a black and white striped bill. We heard Mourning Doves, a frog, saw more rabbits and three deer (a mom with her two babies). The White-faced Ibis had a curved bill and was reddish, but mostly dark. There were gulls flying over, but those are probably the hardest thing to identify. The Snowy Egret and Great Egret are very similar and we saw lots of both. We saw a dark (blackish) heron that looked like a Little Blue Heron, but the Sacramento Wildlife Refuge brochure doesn't show anything like it. The Eurasian Wigeon looks a lot like Cinnamon Teals and there were several sets of males and females. 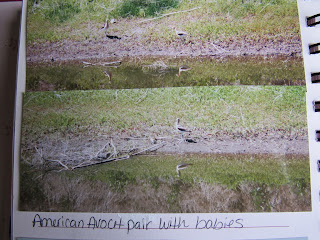 And I've saved the best for last. The American Bitterns were incredible. They make an outrageous bloop-de-bloop! sound that we heard all day but couldn't put two and two together until we heard the sound later on the computer program. They freeze with their head straight up to blend in with the grass because of the stripes on their necks. They think if they stay still enough you can't see them. Wow! 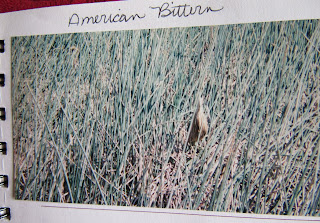 What another awesome day!! 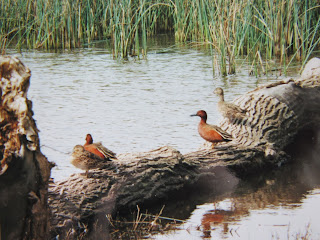 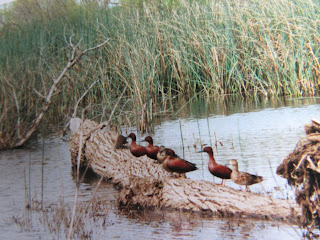 Posted by Rachelle Vaughn at 2:07 PM