Back to our old stomping grounds...

Today we set out for the bird place even though it's the heat of summer. It was still really warm, even at 7 a.m. Most of the water has been drained and is gone. We saw a neat green frog on the ground. It was so still that I'm lucky I didn't step on it.

We saw a lot of jackrabbits running around, too. We also saw several groups of pheasants where there were about 6-8 females with one male. Before, we have only ever seen a pair of a male and female together.

There was also a Great Blue Heron. He was so huge with its long skinny neck. Tons of gigantic dragonflies, Mourning Doves, Meadowlarks, blackbirds with red shoulders, a flock of pelicans and also a group of baby pheasants. We saw a deer by itself and then later two ran out in front of the car. We saw a Northern Harrier up close and a bunch of Greater White-fronted Geese. 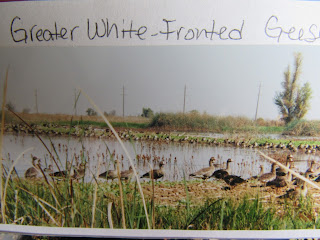 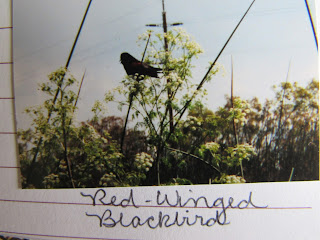 We also saw an all-black duck with a red bill and yellow tip. We can't seem to identify it through any of our resources though. And I know we've seen it once before, which makes it even more frustrating trying to figure out what it is. 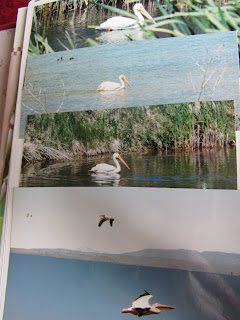 Posted by Rachelle Vaughn at 2:49 PM